In this episode, I talk with composer Elliott Miles McKinley about his ONE track – Of Memories and Love: Summer 1978.

LISTEN TO ELLIOTT ON SOUNDCLOUD! 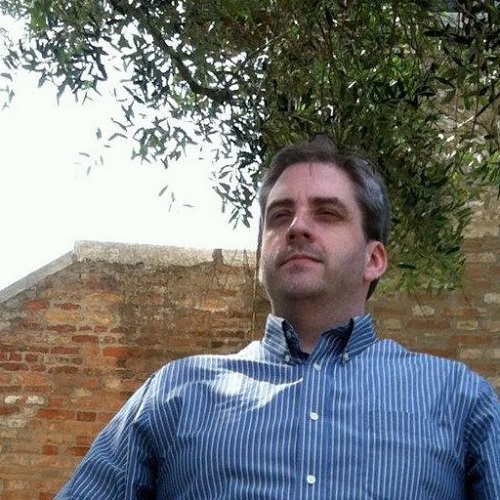 Elliott Miles McKinley’s music has been performed throughout the United States, Canada, and Europe. Commissions include those from the Pittsburgh New Music Ensemble, the Czech Philharmonic Chamber Music Society, the SOLI Chamber Music Ensemble, the Whatcom Symphony Orchestra, the Mirari Brass Quintet, Transient Canvas, and the Martinů String Quartet. His orchestral works have been performed by the Minnesota Orchestra, the Warsaw Philharmonic, the Czech Radio Symphony, and his music featured on international festivals including the Alba International Music Festival in Italy, the BGSU Contemporary Music Festival, the Ernest Bloch Music Festival, and the University of Minnesota SPARK Festival. McKinley is a recipient of a number of awards and fellowships including a BMI Student Composer Award, a fellowship at the Virginia Center for the Creative Arts, and grants from Meet the Composer, the American Music Center, and the American Composers Forum. In 2012, his percussion concerto, Four Grooves, won the Indiana State University Contemporary Music Festival’s MusicNow competition. Among other honors, McKinley was awarded a New Frontiers for the Arts and Humanities grant from Indiana University, received two Indiana University Faculty Research Grants, and a Roger Williams University Foundation Grant. Also active as a performer and improviser, McKinley is a founding member of earWorm, an electroacoustic improvisation ensemble of composer-performers.

From 2008 to 2012, he served as Assistant Professor of Music and Music Program Coordinator at Indiana University East, developing the music program and curriculum. In 2010-2011, McKinley was composer-in-residence at InverHills College in Minnesota. He has held positions in composition and theory at Washington and Lee University and the University of Tennessee School of Music. Currently, McKinley is Assistant Professor of Music Composition, Theory, and Music Technology at Roger Williams University.

McKinley holds a Bachelor of Music degree in jazz studies from the New England Conservatory of Music, a Master of Music degree in composition from the University of Michigan, and a Ph.D. in composition from the University of Minnesota. Among principal teachers are John McNeil in jazz studies, and composers Malcolm Peyton, Alex Lubet, Doug Geers, David Gompper, George Wilson, Michael Daugherty, and William Bolcom.