In this episode, I talk with composer Molly Joyce about her ONE track – Lean Back and Release for violin and electronics.  We listen to excerpts from a recording by Adrianna Mateo.

IF YOU ENJOY MOLLY’S MUSIC, PLEASE CONSIDER BUYING THE MUSIC!

LISTEN TO MOLLY ON SOUNDCLOUD! 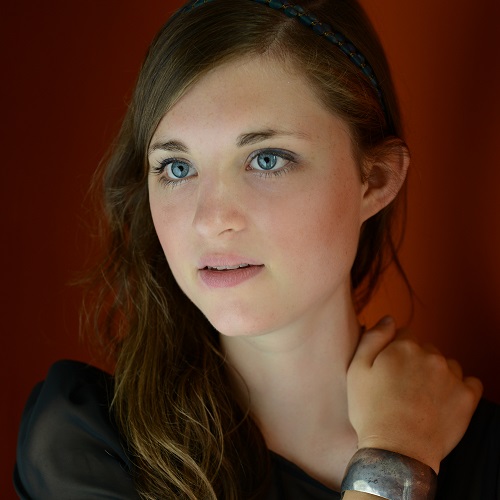 Active as a composer and performer, Molly Joyce’s music has been described as “impassioned” (The Washington Post), written to “superb effect” (The Wire), and “vibrant, inventive music that communicates straight from the heart” (Prufrock’s Dilemma). Her works have been commissioned and performed by several distinguished ensembles including the New World Symphony, New York Youth Symphony, Pittsburgh Symphony Orchestra, Milwaukee Symphony Orchestra, the New Juilliard, Decoda, and Contemporaneous ensembles. Additionally, her work has been performed at the Bang on a Can Marathon and VisionIntoArt’s FERUS Festival, and featured in outlets such as Pitchfork, WNYC’s New Sounds, Q2 Music, I Care If You Listen, and The Log Journal.

Her debut EP, Lean Back and Release, was released in January 2017 on New Amsterdam Records to much acclaim. Featuring violinists Monica Germino and Adrianna Mateo, the EP was praised as “energetic, heady and blisteringly emotive” by Paste Magazine and “arresting” by Textura. Additionally, Molly’s piece Rave was included on pianist Vicky Chow’s recent album on New Amsterdam, and the work was subsequently featured on Pitchfork and WNYC’s New Sounds.