In this episode, I talk with composer Missy Mazzoli about her ONE track – Here Where Footprints Erase the Graves from her opera Song From the Uproar. We listen to excerpts from a recording by Abigail Fischer and the NOW Ensemble.

LISTEN TO MISSY ON SOUNDCLOUD! 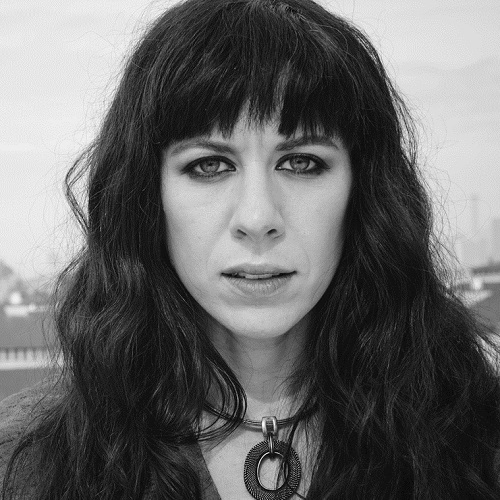 Missy Mazzoli was recently deemed “one of the more consistently inventive, surprising composers now working in New York” (The New York Times) and “Brooklyn’s post-millennial Mozart” (Time Out New York). Her music has been performed all over the world by the Kronos Quartet, eighth blackbird, pianist Emanuel Ax, Opera Philadelphia, LA Opera, Cincinnati Opera, New York City Opera, Chicago Fringe Opera, the Detroit Symphony, the LA Philharmonic, the Minnesota Orchestra, the American Composers Orchestra, JACK Quartet, cellist Maya Beiser, violinist Jennifer Koh, pianist Kathleen Supové, Dublin’s Crash Ensemble, the Sydney Symphony and many others. Her second opera, Breaking the Waves, a collaboration with librettist Royce Vavrek commissioned by Opera Philadelphia and Beth Morrison Projects, premiered to great acclaim in Philadelphia in September 2016 and as part of New York’s Prototype Festival in January 2017.  The work was described as “among the best 21st-century operas yet” (Opera News), “savage, heartbreaking and thoroughly original” (Wall Street Journal), and “dark and daring” (New York Times). From 2012-2015 Missy was Composer-in-Residence with Opera Philadelphia, Gotham Chamber Opera and Music Theatre-Group, and in 2011/12 was Composer/Educator in residence with the Albany Symphony. Missy was a visiting professor of music at New York University in 2013, and later that year joined the composition faculty at the Mannes College of Music, a division of the New School.