In this episode, I talk with composer David MacDonald about his ONE track – Ungroup, for saxophone ensemble.  We listen to excerpts from a recording by the Hippocrene Saxophone Ensemble. 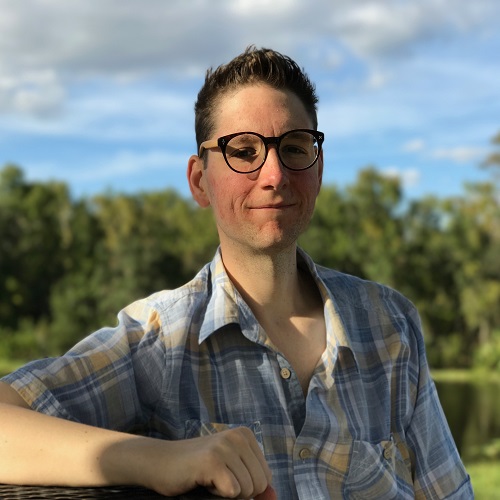 In 2007, David won the Michigan State University Honors Competition for Emulsion Quintet, and in 2006, he was a winner of the 54th Annual BMI Student Composer Awards for Elegy. He was a 2005 finalist in the Sinquefield Family Foundation Prize in Composition. He has been commissioned by Hastings College Symphonic Band, H2 Quartet, and others.

David is one of the founders of SoundNotionTV, a podcast network featuring audio and video shows about music and the arts. He previously served as founder co-Artistic Director of  SCENE&heard, a new music concert series at the (SCENE) Metrospace gallery in East Lansing, Michigan.