In this episode, I talk with composer Pierre Jalbert about his ONE track – Piano Quintet.

LISTEN TO PIERRE ON SOUNDCLOUD! 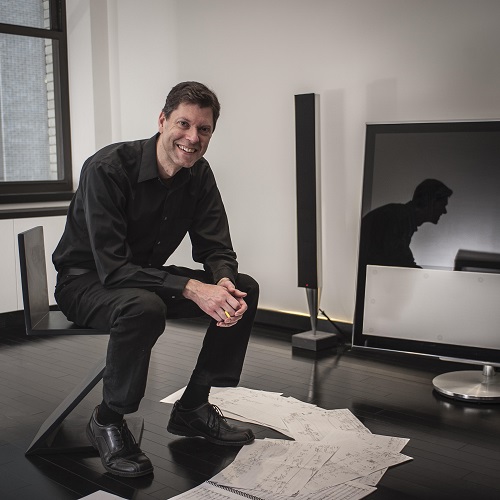 Earning widespread notice for his richly colored and superbly crafted scores, Pierre Jalbert (b. 1967) has developed a musical language that is engaging, expressive, and “immediately captures one’s attention with its strong gesture and vitality” (American Academy of Arts and Letters).  Among his many honors are the Rome Prize, the BBC Masterprize, a Guggenheim Fellowship, the Fromm Foundation commission, the Chamber Music Society of Lincoln Center’s Stoeger Award, given biennially “in recognition of significant contributions to the chamber music repertory”, and an Academy award from the American Academy of Arts and Letters.

Jalbert has drawn inspiration from a variety of sources, from plainchant melodies to natural phenomena.  His music has been performed worldwide in such venues as Carnegie Hall, Wigmore Hall, Lincoln Center, the Kennedy Center, and the Barbican.  Recent orchestral performances include those by the Boston Symphony, the National Symphony, the Houston Symphony, the Cabrillo Festival Orchestra, and the Cincinnati Symphony Orchestra under Louis Langrée.  His Violin Concerto was recently premiered by a consortium of three orchestras and soloists; Steven Copes with the Saint Paul Chamber Orchestra, Margaret Batjer with the Los Angeles Chamber Orchestra, and Frank Almond with the Milwaukee Symphony. His recent orchestral song cycle, From Dusk to Starry Night, written for mezzo soprano Sasha Cooke, was recently performed in Montreal with the Orchestre Métropolitain, under the baton of Cristian Macelaru.  He has served as Composer-in-Residence with the Los Angeles Chamber Orchestra, the California Symphony under Barry Jekowsky, and Music in the Loft in Chicago.  Select chamber music commissions and performances include those of the Ying, Borromeo, Maia, Enso, Chiara, Escher, Del Sol, and Emerson String Quartets, as well as violinist Midori.  Three new CDs of his music have been recently released:  Violin Concerto, with Margaret Batjer and the Los Angeles Chamber Orchestra conducted by Jeffrey Kahane, Piano Quintet and Secret Alchemy, performed by the Jupiter String Quartet and Bernadette Harvey, piano, and Piano Trio No. 2, performed by the Morgenstern Piano Trio.

Jalbert is Professor of Music at Rice University’s Shepherd School of Music in Houston, and he is a co-founder of Musiqa, a Houston-based new music collective.  His music is published by Schott Helicon Music Corporation, New York.