In this episode, I talk with composer JunYi Chow about his ONE track – Kampung and the City.

LISTEN TO JUNYI ON SOUNDCLOUD! 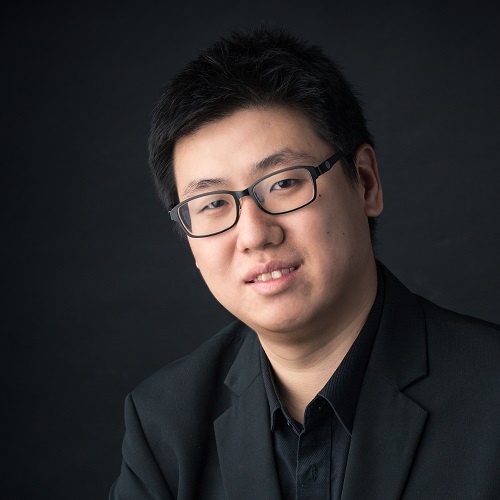 Born and raised in Kuala Lumpur, Malaysia, JunYi Chow began studying piano and music theory at the age of 5. He gained admittance into Central Conservatory of Music in Beijing in 2005 and there studied with WenChen Qin, Gang Chen and JianPing Tang. After graduation in 2011, Chow began to study in the U.S. at Indiana University, Jacobs School of Music as a student of P.Q. Phan, and completed his Master’s degree in May 2013.

Chow Jun Yi has won many awards in various forms of music composition. He was the Second Prize of Taipei Chinese Orchestra International Composition Competition in 2010 with his Chinese Orchestra work, Kampung. In December 2010, his first symphonic work Getaran was commissioned and premiered by the Malaysian Philharmonic Youth Orchestra, and was performed in “Past & Present” –a concert that toured Kuantan, Penang and Kuala Lumpur. In 2012, his Dialogue for Pipa, Alto Sheng and Western Ensemble was selected for Young Composers Project of Beijing Modern Music Festival. In the same year, Chow won the first prize of Singapore International Competition for Chinese Chamber Music Composition. Chow was also the finalist of 2013 United States ASCAP Morton Gould Prize. In March 2016, Chow’s Guanzi & Orchestra is selected to perform at the 2016 Hong Kong Chinese Chinese Orchestra International Composers’ Summit during Hong Kong Arts Festival. In May 2016, Chow was invited by Janis Claxton, a choreographer based in Edinburgh, to join her in scoring music for her dance research project during her residency at Damansara Performing Arts Centre, Malaysia. In August 2016, 10 works performed by The TENG Ensemble in ‘Stories from an Island’ production at the Esplanade in Singapore.

Chow is now the Composer-in-residence of Vivo Experimental Orchestra from Malaysia and The TENG Company from Singapore. Chow’s music has been performed in many places, including Malaysia, Singapore, China, Taiwan, Hong Kong, Indonesia, Japan, Korea, Germany, Italy, Lithuania, United States, and Canada. As a pianist and cellist, Chow plays Classical repertoire as well as free improvisations with musicians in KL, Beijing, and New York City.