In this episode, I talk with electric guitar quartet Dither about their ONE track – Mi-Go by Joshua Lopes.  We listen to a recording by Dither from their Potential Differences album.

LISTEN TO DITHER ON YOU TUBE! 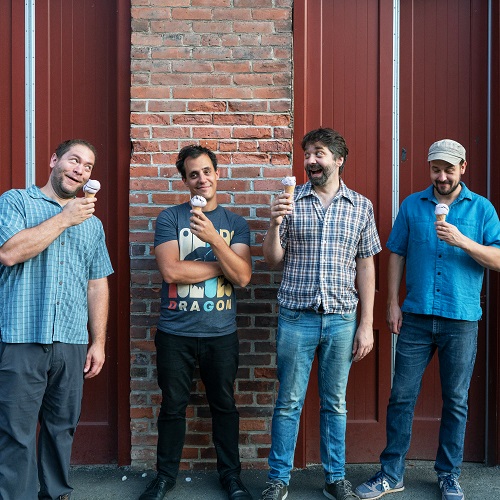 Dither has performed and collaborated with a wide range of artists including Eve Beglarian, Nels Cline, Fred Frith, Mary Halvorson, David Lang, Ikue Mori, Phill Niblock, Lee Ranaldo, Lois V. Vierk, Yo La Tengo, and John Zorn. They have brought their live 13-guitar rendition of Steve Reich’s Electric Counterpoint to The Barbican Center, Lincoln Center Out of Doors, The Ellnora Guitar Festival and WNYC’s New Sounds Live. The quartet has also performed at the Guggenheim Museum, the Bang on a Can Marathon, The Performa Biennial, The Amsterdam Electric Guitar Heaven Festival, Hong Kong’s Fringe Theater, The Winter Jazz Festival and the Borealis Festival.